I was hit by a teenage driver on my way home from work. He and his passenger were only a little banged up but I had to be life flighted. I met Mr. LeFante in my hospital room after surgery. He had been recommended by my insurance agent because a girl in his office had been helped by Mr. Lefante. He had met with my kids and was very helpful and my daughter thought he would be a good match for my lawyer. He explained everything but declined to let me sign any papers. He wanted me to be clear headed and to talk to other lawyers. I would have signed anything especially since he had impressed my daughter (age 28) but I am glad we signed with him.

The whole office staff was great but especially Stephanie. She called and kept me informed and even called when there wasn’t news, but to check on me. They were sensitive to my needs and never did I feel I was ignorant or a bother. I always felt they were on my side and were working hard to bring the mountain of bills down and to get them paid.

I would recommend them for any case even though my was dealing with a car accident. They told me not to worry and they were right….they took good care of me. Great lawyer and great staff. 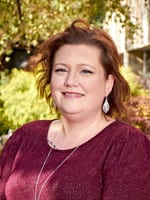 Jamie Auman is a paralegal at LeFante Law Offices, P.C. Jamie joined the team at LeFante Law Offices, P.C. in September 2019. Jamie brings over 20 years of customer service experience to our firm. Jamie works alongside the attorneys in our office to help facilitate a resolution on personal injury, motor vehicle accident, premises liability, and workers compensation matters. When she is not at work, Jamie enjoys spending time with friends and family or reading a good book.

Get a Free Case Evaluation, Don't Pay Until You Win

This is a fantastic legal team. They truly cared about my case, and about me. They are exceptionally great attorneys, and they worked very hard to help me. (One evening after a long trial prep meeting I left their office at 11 p.m., while two attorneys and a paralegal were still hard at work.) LeFante Law gets A++ for both skill and compassion. They took great care of me, and nobody could have done a better job.

Well Prepared in the Courtroom

I was recommended James LeFante Law by a friend at PND high school. Jim was very honest about my concerns and worked with me through the entire court process. Jim is very talented and well prepared in the courtroom. Could not be more pleased with LeFante Law!! All his staff treated me with the utmost respect! I would recommend James LeFante and his office staff if looking for a great team of lawyers.

One of the Best Law Firms in the Midwest

LeFante Law Office is one of the best law firms in the Midwest. Mr. LeFante and his staff not only took care of my case in a timely manner they made me feel like I was part of their family at the law firm. Mr. LeFante and his staff checked in on me after numerous surgeries to make sure I was getting the care needed. Mr. LeFante and staff always replied to an email or phone call promptly if I was having any issues. If your injured at work, in a car accident or find yourself behind some metal bars I would highly recommend reaching out to LeFante Law Office.

LeFante Law Office is not you typical law firm. You are made to feel from beginning to end that your case is their top priority. Correspondence is always returned in a timely matter and all of their resources are available to you to make this a team effort. The LeFante team will offer their opinion but all decisions are left to the client. Great group to work with.

I was blown away by Jim LeFante and his associates. They did an excellent job for me. If I ever had a question and needed to talk to Jim or anyone assisting on my case, they were always there for me to answer any questions. Phone calls were returned in a timely manner and case was also resolved in a timely manner, even during an epidemic. I suggest, if you are reading this review and need an excellent law team, its LeFante Law. Thank You to all! Especially Jim LeFante.

I was rear ended at a high speed last year. I suffered many injuries. Jim Lefante and his amazing team helped me throughout the entire process of recovering physically, emotionally, and financially. They went above and beyond to fight for me and exceeded my expectations in every way. I am so thankful for everything Jim did. He is so easy to talk to and has such a caring heart. I recommend anyone needing legal help to contact Jim. Jim and his wonderful team will provide you with a level of kindness and professionalism that cannot be surpassed!

Great people to work with and to have on your side. They make you feel like you matter and not just a number. The folks at LeFante Law Offices will do everything in their power to help you. I would highly recommend them.

The best lawyers around I highly recommend them and if I need a lawyer again they will be the first law firm that I call I give them 10 stars thanks for all your help.

Honest, respectful and trust worthy. He helped me out a lot. Jim would make a great Mayor one day, he is that type of caring person.

I highly recommend Lefante Law Offices. They were very professional, and explained everything so I could understand them. I felt very comfortable speaking with everyone. They truly are a one of a kind.

View All
Our Firm Attorneys